Good day to all 2020 JAMB candidates and all EduStuff Fans , we should all know that the UTME EXAMINATION is fast approaching and you have to study as fast as you can .

It is not a must for you to cover all the topics in your textbooks most especially when the exam is closer …
What you need to do is studying the main aspect of where JAMB do set questions of the subject ( you can do that by checking the syllabus ) . 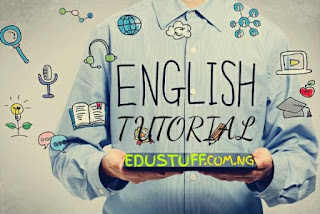 So today I will teach you CONCORD , you can’t escape this aspect of English in any of it’s exam . You really need to pay attention and master this clearly .
JAMB TUTORIAL: CONCORD (Use Of English)

NOTE: If you follow this tutorial with all your mind , you will surely understand it and you’ll not have problem with concord again because this lesson is clearly explained .

How do you recognise a singular or plural verb?


In the case of pronouns, he, she and it take a singular verb while you, we and they take a plural verb.

However, there are exceptions to the rules mentioned earlier.


If the two nouns joined by and represent a singular idea, then the verb is singular.


Problems also arise when the speaker or writer is faced with more than one noun or pronoun in the sentence.


In this case, the verb “fallen” agrees with the subject (first noun mentioned) or head noun of the noun phrase, “quality”.

Similarly, in the following example, “The spokes of that wheel are broken.”


The subject of the sentence is spokes (plural head noun), hence the plural verb, are.

When a singular and a plural noun or pronoun (subjects) are joined by or or nor,the verb should agree with the subject nearer the verb.

People often get confused when deciding whether a singular or plural verb should agree with some collective nouns.


Well, it all depends on whether we are thinking of the team as a single collective unit or as individuals. If it is the former, then the verb should be singular. However if we are considering the team as comprising individual members who are not acting as a single unit, then we use the plural verb.


A point to note is that American English almost always treats collective nouns as singular, hence a singular verb is used with it.


Nouns which have two parts such as spectacles, scissors or pants require plural verbs.


However, when regarded as a pair, a singular verb is used.

There are some occasions when we should use singular verbs. Expressions such as each of, one of, anybody, each, every and nobody must be followed by a singular verb.


A singular subject with attached phrases introduced by with or like or as well as is followed by a singular verb.

Two singular nouns or pronouns separated by either … or or neither … nor take a singular verb.


There are some occasions when we should use plural verbs.

When two or more plural subjects are connected by “and”, the verb is plural.

Plural subjects separated by either…or or neither … nor,both …and, and all but take a plural verb.


Another problem that users of English face is this: does the verb in a sentence agree with the noun (subject) before it or the noun or adjective after it (complement)?

The answer is that it should agree with the subject – the noun before it.


The greatest benefit (subject) is (verb) the opportunities presented to our staff.

What did you think about today’s tutorial , how is it ?

Kindly tell us something or ask us questions by using the comment box below , MasterMind wil like that and it wil encourage us.

JAMB recommended textbooks for Use Of English | Pass JAMB English

7 Mistakes every JAMB candidates should avoid in 2021 UTME