No student can escape answering questions on word stress in JAMB and it will come easy for those who master it, that’s what you’re here for. Don’t forget to use the comment box to ask questions or tell us something, maybe what we should tutor you on next. 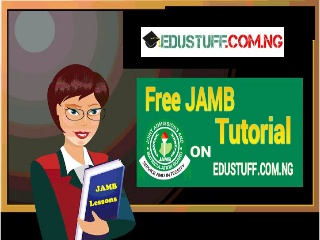 STRESS IN ENGLISH
Stress phonetically is an extra force used when pronouncing a particular word or syllable uttered with greater energy or emphasis and consequently louder and stronger.

The methods of indicating stress include underlining, placement of a stroke before the stressed syllable, and capitalization. Capitalization is the most  used method, it is used for the W.A.S.S.C Examination

Words are generally classified according to the number of syllables they are made of.

a. Monosyllabic words: They are words with only one syllable pronounced at a breath. They’re simple and short forms of words, it does take stress at the first syllable.

Prefix are morphemes added before a root word or base word to derive a new meaning  – un, in, il, no, pre, pro, re, auto, post, neo.

c . POLYSYLLABIC WORDS :
These are words made up of three or more syllables.

Note: That generally, words of three or more syllables have their stress on the third syllable from the end of the word. Prefixes and suffixes are usually not stressed.

RULES ON STRESS OF POLYSYLLABIC WORDS :

Stress the first syllable (1st Syllable ) from the back or end of a word whenever any of the following inflection is seen :

Stress the 3rd syllable from the end or back of a word which ends in the following : lly,cy,phy,ky,Dy,ty …. rural,tive,al, less,ous,ible,sm,Kent,itude,al,phone,ult,ible ,full,ness

Compound words are made up of two or more words hyphenated or unhyphenated.

a. Generally, the stress is on the first word: GAScooker, TAPErecorder, HEADache, …

b . The stress however can be on the second part of the compound word in (1) Adjectives (2) Number (3)Food and Menu (4)Compass Points.

C. Sometimes, a compound word may have a special meaning quite different from the literal meaning of the individual words. In this regard, the first word is stressed.

To Do
Stress the words below ( USE THE COMMENT BOX)
1.)communication
2.)communism
3.)roast beef
4.)south-south
5.)commercial
6.)education
Answer any or all of the above.
This would be the end of today’s tutorial.