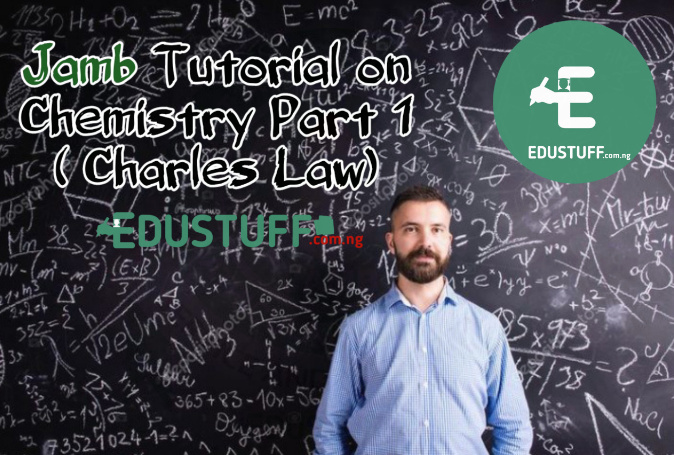 One of the Most important topic for JAMB students and Post Jamb students doing Chemistry is Gas Law.

Gases are substances moving randomly in an enclosed system, they have no Fixed mass as they take the shape of the container they are in.

So on that note, we will go to the Laws governing calculations involving Gaseous Substances.

What is Charles Law’s?

It states that the volume of a given mass of gas is directly proportional to its temperature in kelvin provided that pressure remains constant.

In any question, alwalys remain to convert from Celsius to kelvin.

1. The volume of a gas in a cylinder is 40cm3 and 0’C. The temperature at which the volume expands to is 54.70cm3 under same pressure is ?
Solution

That’s all for Part 1, thanks for taking your time to go through this and we hope it is helpful, kindly share.