JAMB Biology Repeated Questions: The JAMB Biology Likely repeated questions will help you to know how Jamb sets it’s questions and it will increase your chance in scoring high in JAMB. 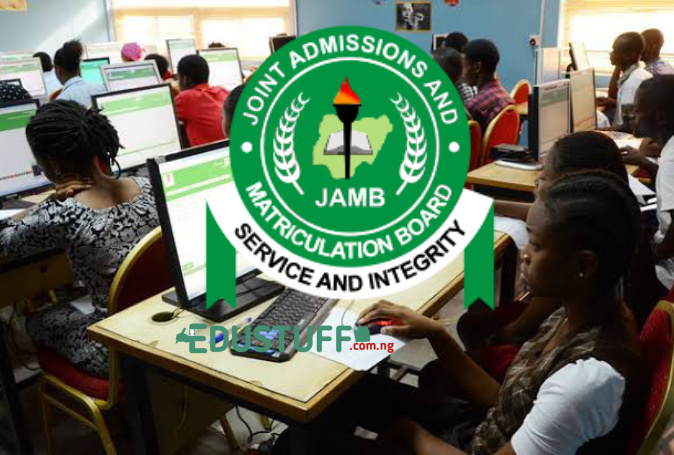 JAMB is likely to repeat questions, that is why the past questions and answers are important, so Edustuff decided to compile you some randomly selected JAMB Biology repeated questions.

You’ll answer 40 Biology questions in Jamb if it is one of your selected subjects.

1. Which of the following is a homostatic response in humans?
A. Withdrawing the hand from a hot object
B. The mouth getting watery when food is sighted
C. yawning owing to tiredness
D. shivering in a cold environment

2. The similarity among organisms belonging to the same group will be least within each
A. order B. family C. species D. kingdom

5. Secondary succession is much faster than primary succession because
A. pioneer colonizers are more in number
B. soil is already present
C. secondary seres require less nutrients
D. species competition is increased

7. The importance of practising crop rotation in agriculture is to
A. maintain soil fertility
B. improve the nutritional value of crops
C. control soil erosion
D. ensure the growth of crops

Score 300 and above in JAMB, Buy CBT Practice App with Repeated Questions on all subjects for N1,000 ==> Buy Now

8. The recycling method of solid waste disposal is unsuitable for
A. organic matter
B. glass
C. plastic
D. metal scraps

11. A yellow maize is crossed with a white maize and the first filial generation produce yellow maize only. The white trait is said to exhibit
A. dominance
B. recessiveness
C. codominance
D. incomplete dominance

12. Angiosperms and gymnosperms belong to the plants group known as
A. schizophyta
B. bryophyta
C. pteridophyta
D. spermatophyta

13. Which of the following are non-green plants?
A. Euglena
B. Fungi
C. Spirogyra
D. Angiosperms

15. Which of the following are differentiated into true roots, stems and leaves
A. Algae
B. Schizophyta
C. Pteridophyta
D. Bryophyta

17. The annulus of fern sporangium helps in
A. spore dispersal
B. conduction of mineral salt
C. trapping of light energy
D. water retention

18. One of the features which adapts Paramecium to its environment is the possession of
A. a regular shape
B. two nuclei
C. cilia
D. a pellicle

19. In the earthworm, the cocoon is secreted by the
A. chaeta
B. prostomium
C. peristomium
D. citellum

20. The function of maxillipeds in crayfish is to aid
A. walking
B. swimming
C. feeding
D. respiration

21. The respiratory organ in the land snail is the
A. radula
B. mantle
C. tentacle
D. foot

22. The gill rakers of fishes take part in
A. feeding
B. respiration
C. swimming
D. diffusion

23. A wide pith with a ring of conducting tissue is characteristic of the root of
A. sunflower
B. maize
C. bean
D. okra

24. Which of the following is formed immediately after the first product of photosynthesis?
A. Lipid
B. Starch
C. Oxygen
D. Sugar

25. One of the accessory organs of the digestive system is the
A. Kidney
B. Spleen
C. liver
D. lung

26. The element common to protein carbohydrate and lipid is
A. hydrogen
B. sulphur
C. nitrogen
D. phosphorus

27. The crown of the mammalian tooth is covered with
A. cement
B. dentine
C. caries
D. enamel

28. In the living cells, insufficient oxygen may cause a breakdown of glucose into
A. fatty acids
B. lactic acids
C. glycogen
D. carbon dioxide

29. Which of the following can bring about the greatest increase in the rate of transpiration?
A. Increased humidity
B. Reduced temperature
C. Reduced wind speed
D. Reduced humidity

31. The disaster that would have the least destructive impact on animal life and balance in nature is
A. chemical pollution
B. forest fires
C. oil spillage
D. grasshopper pests

32. The legs and beak of an egret resemble those of the heron because they
A. both feed on fishes
B. are both birds
C. occupy similar niche
D. occupy the same trophic level

35. The pollutants that contribute to the depletion of the ozone layer in the atmosphere are
A. radioactive materials
B. oxides of sulphur
C. oxides of carbon
D. chlorofluorocarbons

36. Spines and shells on animals are adaptations for
A. physical defence B. camouflage C. chemical defence D. mimicry

38. The older fossil-bearing rocks, in contrast to the more recent ones, are more likely to contain
A. animal rather than plant remains
B. invertebrates rather than birds
C. flowering plants rather than mosses
D. reptiles rather than fishes

39. In a group of male Agama lizards, the one with the brightest head colour is the
A. dominant
B. youngest
C. oldest
D. largest

Looking for international scholarships, Want to know Exactly What What You Need To Do To Finally Be A Success With Scholarships and apply for available opportunities? Click HERE to start now with ScholarshipReg.