The Life Changer JAMB Novel: This page contains the likely or possible The Life Changer Questions and Answers Chapter 8 (Eight), the Novel is the approved recommended text for JAMB 2023. 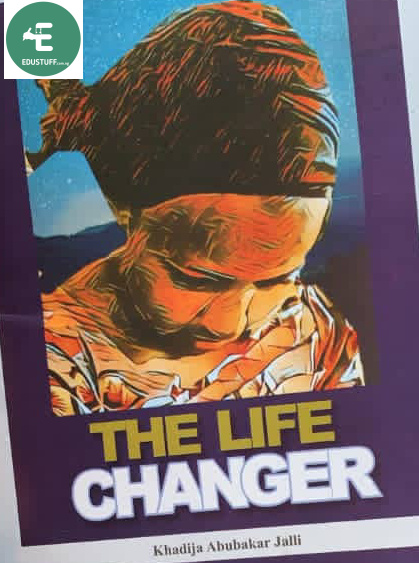 2. Who began calling Kabir “Doctor”? Kabir got the nickname of doctor from his HOD. even if he wasn’t qualified.

3. What bad habit was Kabir addicted to? Kabir was addicted to gambling. He often gambles playing cards.

4. Who is Zaki to Honorable Habib? Zaki is a hoodlum who commits crimes and does dirty deals for Habib.

5. What was Zaki’s other occupation? Zaki was into the business of spare part sales and importation.

6. Which illegal deal did Zaki and Habib carryout in the past? Habib was the mastermind of the kidnapping of a business man’s son. He paid Zaki who later involved Talle in the deal but unfortunately their plan failed and Zaki and Talle were arrested.

10. Where did Zaki find Kabir? Zaki trialed Kabir to a Gambling Joint.

12. What is often referred to as KARTAGI? The leader of the gambling group is called KARTAGI This person is known to be very mean and tough.

15. What did Zaki do when he met GUMUZU and Kabir? Zaki beat up both of them and took all Kabir’s money.

16. How much money did Zaki steal from Kabir? Zaki stole three hundred thousand naira from Kabir. He then took the money to Labaran.

17. How much did Labaran give Zaki?

18. Why didn’t Labaran return the money to Habib? Labaran didn’t give Habib th money for various reasons but most importantly it was because he knew Habib most have sl’pt with his lover Salma just to give her that money.