In life, one is certain to experience “change” for no condition is permanent. No matter the situation a man can be he is prone to adjust or leave the position, but this usually occur after step have been taken by the man. I.e a poor man who is relentlessly  hardworking &supporting it with faith will surely make it one day, likewise the over relaxation and relenting of a wealthy man can also lead to his wretchedness, also a saddened mind that’s always interacting with people will become happy one day. 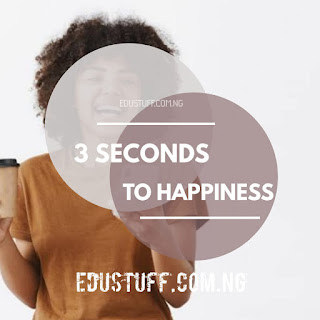 Likewise the happy mind that doesn’t stay on a spot and move around the world shall certainly witness something that will make him sad forever. Nevertheless as for man; “when there is life there is hope” for the worst to become the best and “pride comes before a fall” for the best to become the worst. Which brings about a story :

Grace the first child  of her parent, a young adult of 19yrs old, was raped    4 years ago, which has brought shame & mockery from the villagers to her family. She was never loved by anyone in the village  including her parent due to the cynical believe that only a wayward girl can be raped. Better still she hopes that one day she will also experience change in life.

At the age of 21, after which grace have changed her name to brenda and now reside in lagos. She met a friend a friend called Desmond.. Although he is 5 years above her, but he show her the love she have never experience in her life.. They move on in this relationship until 3yrs is gone. Then suddenly one day, they both decided to visit Brenda’s parent in the village for the introduction of their marriage. She was so over whelmed to the extent that she forgot the shame she left in the village..

Very early on a Thursday morning after informing her parent on the phone,   Brenda together with her in-laws made for the journey to the village. The first embarrassed she received was that she that she wasn’t even welcomed by anyone in the village but she decided to still continue hoping that all will be done without problem, while she’s far away in thought, she can still hear some people whispering about her (ailment),  then before the blink  of an eye, a woman make it all loud & said : can a wayward woman have a husband?or can someone  who is being raped at the  age of 15 still be a virgin?…

This was so humiliating & disappointing to Desmond’s family, immediately after which they dragged Desmond who was lost in thought trying to remember something into the car and zoomed off with him.Grace couldn’t hold herself as all she could feel at that moment is pain & horror.. Then grace lost hope and decided to take her life.

She ran to the pharmacy to get a poisonous drug, used it on her  way back and was astonished to find Desmond back in the house, then Desmond have to confess to her in the presence of the villagers and her parent that he was the culprit that raped her a long time ago, he couldn’t know she was the one because she’s changed her name and it wasn’t because she was wayward but because he couldn’t hold his feeling and know absolutely that she wouldn’t consider him… Moreover he is ready to marry her either she is a virgin or not and he promised to make it up to her for all the sadness she is passed through for what he did, few seconds later Grace gave up the ghost!

All the days of her life she witness hatred, mockery & horror and have been hoping for the best but she took the wrong step when it’s just 3 SECONDS to her happiness forever.. We should never lose hope in our tomorrow, for we do not know what it holds for us…..