Home SCHOOL GISTS FG Begins The Feeding Of School children At Home This Week
The feeding of school children at home begins this week , Federal Government says.
Sadiya Umar-Farouq, The Minister of Humanitarian Affairs , Disaster Management and Social Development , make this known in an event on Saturday where she opened the distribution of relief items to person’s living with disabilities at Karimajiji in Abuja. 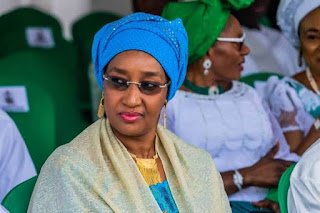 She already announced to the public on Wednesday that Federal Government , partnering with the states are set to begin the feeding of school children in their homes.

She said the operation will start from FCT , LAGOS and OGUN STATES , then KANO.

“The model is to give food ration to the households where these children come from. We have identified them, we know their communities and we know all the households.”  She Said .
Umar-Farouq had earlier said food ration would be distributed door-to-door, with vouchers allocated at specific collection times to avoid overcrowding.
She had also stated that the vouchers would be redeemed at designated distribution centres.

She said they would be reaching out to 3.1 millions households , there would be number of collection centres where beneficiaries would pick up their voucher.

How to Check WAEC Result 2022 now via Portal Free