We Will Not Suspend Strike - ASUU Declared - Edustuff

Home SCHOOL GISTS We Will Not Suspend Strike – ASUU Declared

We Will Not Suspend Strike – ASUU Declared 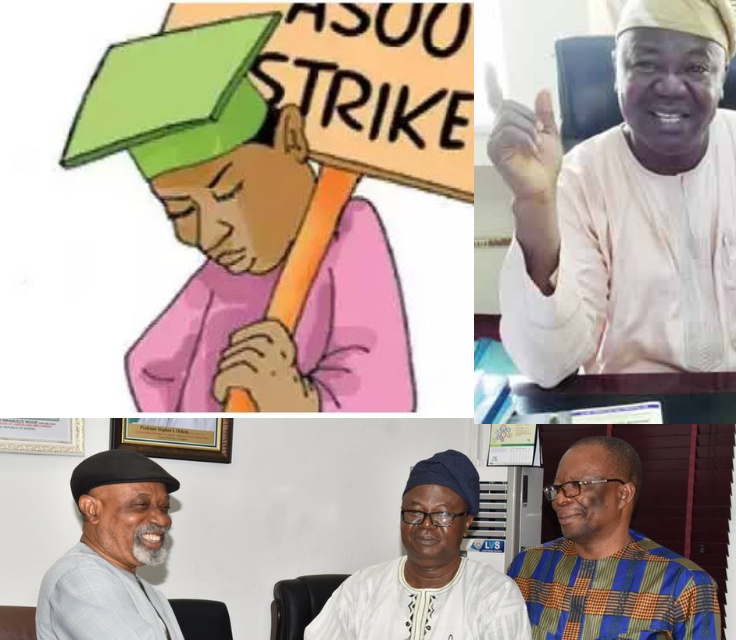 The union accused the Federal Government of deducting check off dues on behalf of the union and refusing to remit same to the union between February and June 2020.

ASUU alerted that there is an evil conspiracy among the ruling elite to wipe out public university education which provides education to over 90 % of students to elevate private universities, which he alleged they own with their collaborators.

The union has been on strike for over six months to “draw attention of government to the implications of criminal negligence of not funding public universities in the light of rising insecurity and other mounting social problems.”

According to Akinwole, the plan by the government to use salary stoppage to punish varsity lecturers for being concerned with the parlous state of affairs in the nations’ tertiary education has failed as members are resolved to ensure that government becomes responsive and responsible.

He maintained while the union is ready to discuss outstanding issues on the implementation of the February 2019 Memorandum of Agreement (MOA) signed between the FG and ASUU as well as other conditions of service with government, the FG has not been forthcoming but has rather resorted to embarking on propaganda against the union.

He however hinted the University Transparency and Accountability Solutions (UTAS) developed by the Union to replace government Integrated Personnel Payroll Information System (IPPIS), which has been orchestrated to destroy global academic culture is fully ready, lamenting government’s insincerity of purpose.

Akinwole also denied the claim that the union would call off its strike as propagated by Labour Minister, Dr Chris Ngige adding that the lecturers are ready to work, it will not until and unless government fully attends to all her demands including immediate implementation.

He said: “As of today October 4, 2020 ASUU members are been owed three months salaries. In some Universities like MOAU and UNIMAID our members have not received salary for up to six (6) month.

“The Federal Government through the Office of the Accountant General of the Federation has criminally withheld five months (February-June, 2020) Check-off deducted from our members salaries without remittance to the Union.

“FG has forcefully enlisted our members on the National Housing Fund (NHF) scheme and has consistently been illegally deducting money for this from our members’ salaries.

“Our ongoing total, comprehensive and indefinite strike action would continue if this propaganda and lies against ASUU by appointees and representatives of the Federal Government like the Minister of Labour and Employment, Dr. Chris Ngige persists.”