Home SCHOOL GISTS The Official Date For Resumption of Schools Nationwide Is Yet To...

The rumour of school resumption is spreading around and faster as fake news spread fast, a fake circular is all around social media platforms that the Federal Government has declared July 20 as the resumption date for schools. 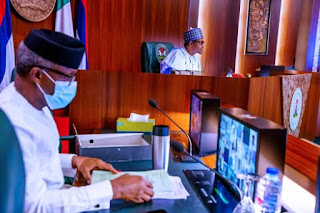 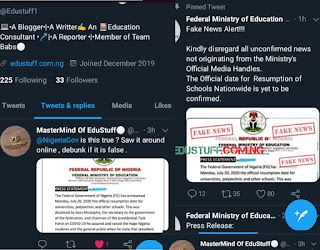 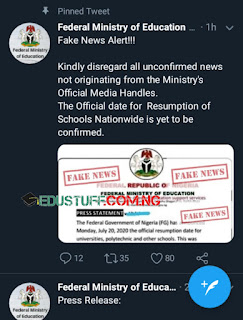 Fake News Alert!!!
Kindly disregard all unconfirmed news not originating from the Ministry’s Official Media Handles.
The Official date for  Resumption of Schools Nationwide is yet to be confirmed. 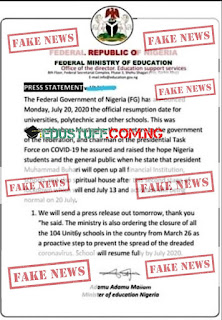 Click here to join our WhatsApp TV for more updates