The Non-Academic Staff Union of Educational and Associated Institutions, NASU, and the Senior Staff Association of Nigeria Universities, SSANU has said that it will embark on indefinite strike nationwide. 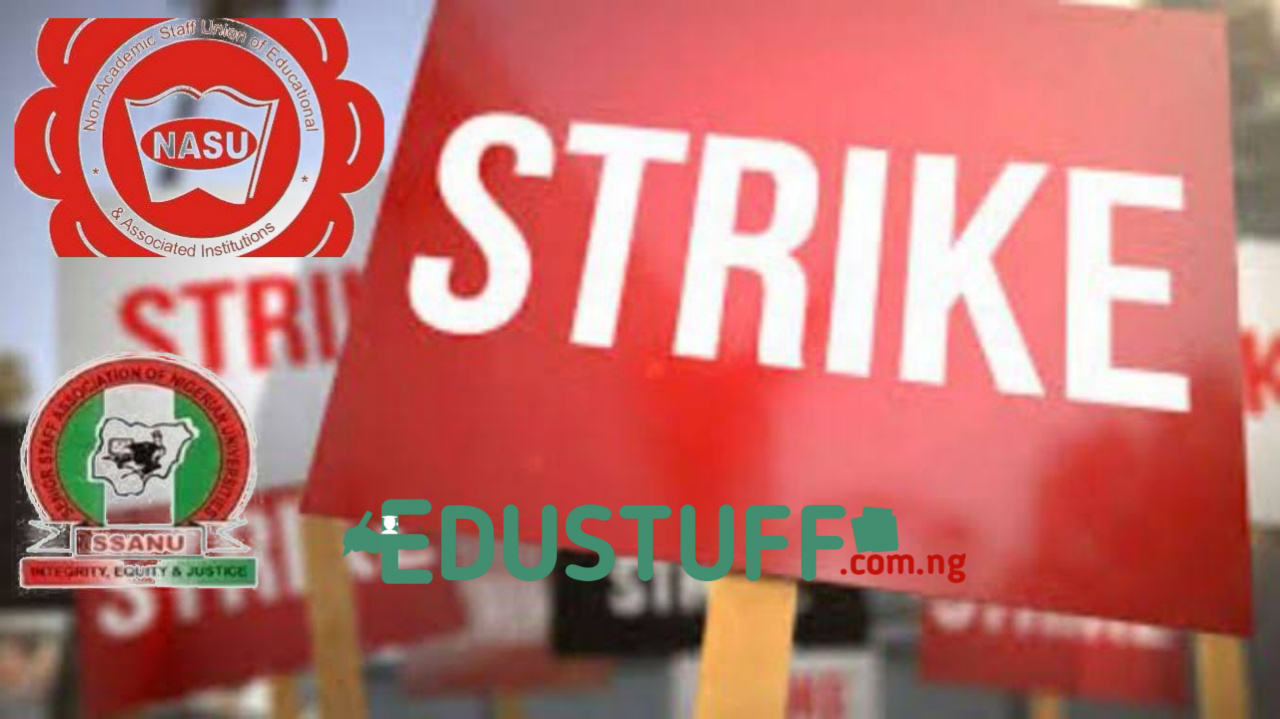 Non-teaching staff in the Universities, had says that they’ll start a total and comprehensive nationwide strike on 5th February 2021 following the inability of the Federal Government to address their concerns.

Edustuff earlier reported that the unions embarked on three-day protest over the alleged government failure to honour the Memorandum of Understanding, MoU, signed with them on 20th October 2020, but that seems not to get the Federal Government attention.

The unions have lamented over the difficulties members were passing through as a result of enrollment in the Integrated Payroll and Personnel Information System, IPPIS and the discrepancy in the sharing of the N40 billion Earned Allowances to the four university-based unions where the Academic Staff Union of Universities, ASUU alone was allocated 75 percent of the total sum.

The JAC of the unions led by the National President of SSANU, Comrade Mohammed Ibrahim and General Secretary NASU, Prince Peters Adeyemi while speaking with journalist in Abuja said that out of the seven issues under contention, only one was partially resolved.

Other issues are; teaching staff usurping headship of non-teaching units in clear violation of conditions of service and establishment procedures, neglect and poor funding of state universities, and non-constitution of visitation panels for universities.