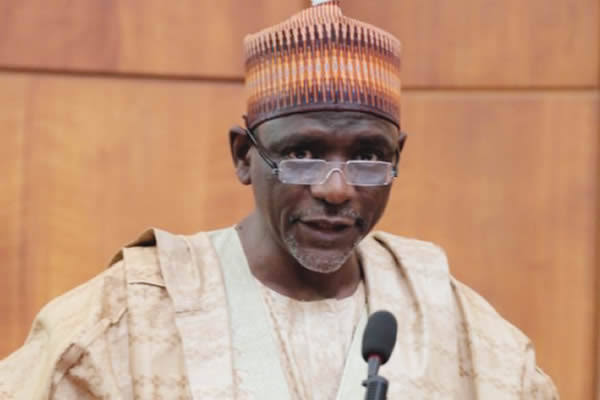 The Education Minister Adamu Adamu has invited the Academic Staff Union of Polytechnics (ASUP) to an emergency meeting following the threat by the Union to embark on strike.

This was made known to Edustuff on Monday through a press release dates April 5, 2021 signed by Ben Bem Goong Director, Press and Public.

The emergency meeting is to hold tomorrow, the 6th of April 2021 at 11:00am in the Ministry’s Headquarters in Abuja. 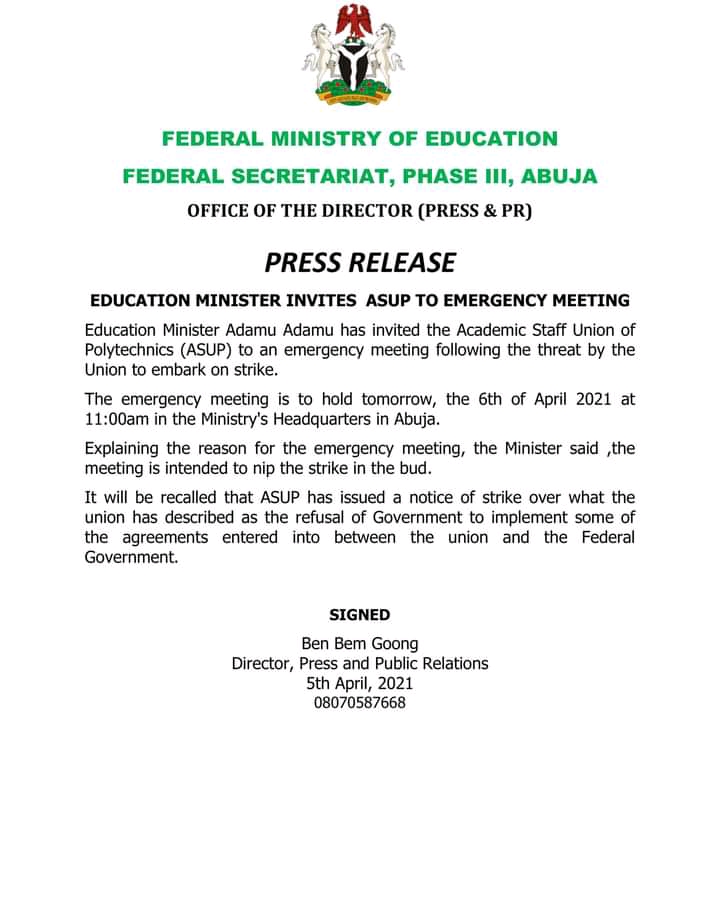 Explaining the reason for the emergency meeting, the Minister said, the meeting is intended to nip the strike in the bud.

It will be recalled that ASUP has issued a notice of strike over what the union has described as the refusal of Government to implement some of the agreements entered into between the union and the Federal Government.