Home SCHOOL GISTS University of Abuja Professor Dismissed over Misconduct and Abuse of Office
The University of Abuja, UniAbuja has dismissed a professor and former dean of the Faculty of Agriculture over allegation of sexual harassment. The University senate approved the dismissal of the lecturer after reviewing the report of the 8-man committee set up to investigate the allegations.
Prior to this, a female student of the university had in July this year, alleged that a professor in the Department of Agriculture of the university allegedly demanded for sex in order to give her marks. The lecturer was earlier  issued a query after he was caught pants down during a sting operation by policemen of the Gwarinpa police station. 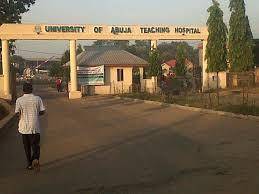 He was arrested by men of the Gwarinpa police station after he was caught pants down in a hotel room in the highbrow estate of the Federal Capital Territory.
Tweet
Share
Pin
Share
Share
0 Shares