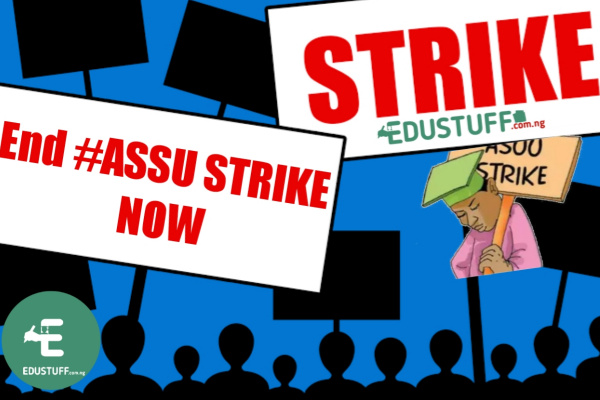 The Academic Staff Union of Universities has said that Universities will remain shut until issues of members’ salaries and revitalisation are settled.

This was made known through the only official Facebook page of the union on Thursday.

We have presented our issues to the FG. We started with five, and we now have six issues. These are revitalisaton of universities; renegotiation of 2009 agreement; visitation panels to universities; proliferation of universities, particularly by state governments and of course Earned Academic Allowances (EAA) of members.

The starting point is to say that those were outstanding issues from the memorandum of agreement signed with the government on February 7, 2019, which the government has not done anything significant to address.

But since then, Integrated Payroll and Personnel Information System (IPPIS) has been elevated almost over and above these other issues earlier highlighted.

Recall that it was as a result of that we engaged the government on developing an alternative to IPPIS; which we have since developed to an advanced stage.

We have presented it to the minister of education and members of his team, the Senate President, and to a larger audience in the office of the Accountant-General of the Federation, where all major stakeholders were represented – Ministries of Labour and Unemployment; Education, Office of the Accountant-General itself, Finance and, of course, experts from the Nigeria Information Technology Development Agency (NITDA), the body that regulates information technology development in the country.

We have done all those presentations and the general impression was that our alternative, called University Transparency and Accountability Solution (UTAS), is superior to IPPIS. However, because of the need to fulfill the requirement of integrity test, we were expected to follow up on that.

We are at that point where we need to resolve the issue of mode of payment for what the government owes our members. We feel that some agents of the government could be doing this to escalate the crisis, even though the government has made promises about the five issues we raised, we are yet to see them activated.