A seven days ultimatum have been issued by members of the senior staff of Federal Polytechnic , Bida in Niger State to the mananagement of the institution to meet its demands or prepare to face an industrial action. 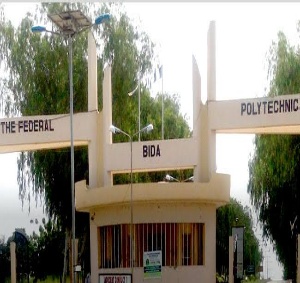 Acting under the aegies of the Senior Staff Association of Nigerian Polytechnics, the workers said the ultimatum, which commenced on January 9, would end on January 16.
The strike notice was jointly signed by the Chairman of the association, Comrade Ruth Bawa, and the Secretary, Comrade Salihu Al-Mustapha.
The two officers said the ultimatum was issued, following a directive from the national leadership of the association, which is in line with Rule 17 ( 17-1) of the SSANIP Constitution.
Although the association did not state the reasons for the ultimatum, it was gathered that the planned strike was in sympathy with the Academic Staff Union of Polytechnics, which has been on strike since November, 2019.

Part of ASUP’s demands include payment of shortfalls in the salaries of its members, payment of allowances running into several millions of naira, the reversal of the secret recruitment of additional 141 staff without following due process, as well as the withdrawal of queries issued to some of its members.

The actions of the ASUP led to the emergence of a splinter group, which described the steps taken by the union as illegal.
Reacting to the current development, the spokesman for the breakaway faction of the ASUP, Mr Paul Fashagba, described the action of his colleagues as unconstitutional and illegal

Fashagba said, “They did not declare a trade dispute. How can they just wake up and say they want to go on strike”?

He said his colleagues of trying to use strike and lock outs to remove the rector so their surrogate can be installed .