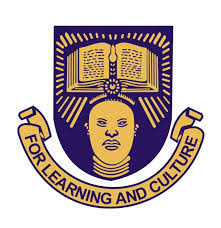 This statistics was made known at the school orientation program for the newly admitted students at one of the school Beautiful Arena “The amphi theater”.
Obafemi awolowo university, one of the best university in Africa and also the Most beautiful Campus in Africa held a three day orientation for their newly admitted student from Monday 24th February 2020 to Wednesday 26th February 2020.

Also The EFCC official from the Zonal office Ibadan, Mr Musa Bashiru Olalekan Warned the students about engaging in Cyber crime, Mr Bashiru further congratulate the new students and warned them to rub away from cyber crime and other criminal offense so as not to tarnish the image of the university.

And also Mrs Adegoke Toyin, an official from NDLEA,  Also warn the student on the effects of drug abuse, She explained to the students about how student misuse, Abuse drugs.  She lay emphasis also on types of drugs which can be harmful to the body.
Dean of student affairs, Professor Isiaka Aransi further warned the students to shun cultism And other social vices as the school has zero tolerance for those things that can tarnish the prestigious university image.
They students were also enlightened on the importance to register for the school health care center and also The library.

The programmes ended with signing of the great ife Anthem, the Most beautiful Campus in Africa.