JAMB To Spend N100m to prosecute impersonators in 2020 UTME - Edustuff

The Joint Admissions and Matriculation Board, JAMB, has said it would spend N100 million to prosecut 200 out of the over 400 impersonators in the 2020 Unified Tertiary Matriculation Examination, UTME. 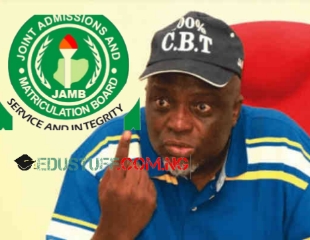 Prof. Ishaq Oloyede, the JAMB registrar reveal this in Abuja at a press conference he held to parade two suspects arrested in Kano for attempting to change a photograph used in UTME registration in Bayero University, Kano.

It was also disclosed that over 400 candidates currently seeking admissions into institutions across the country were involved in admission fraud, alleging that some tertiary institutions were accomplices in the widespread irregularities.

While speaking, h claimed the Board has the ability to detect any illegal attempt to change candidates biometric data and other details used in UTME.

He reminded tertiary institutions of the warning of Minister of Education, Adamu Adamu, that any school that allows candidates to alter their UTME details in the course of registration risk being treated as an accomplice to fraud.

On the planned prosecution of candidates and other individuals involved in impersonation and use of mercenaries, the JAMB boss said the Board lacked the resources to ensure all of them are brought to book.