From the time the Joint Admission And Matriculation Board (JAMB) has announced the release of the 2021 UTME results, more than hundreds of candidates have contacted Edustuff that they received another person’s result.

This kind of error has not occurred before and Edustuff guessed that the introduction of the National Identification Number (NIN) caused this glitch.

To get to the bottom of this, we told Edustuff fans to send the result they received and their examination slip to us, and we received more than enough.

One Edustuff Fan who is a UTME candidate with the name Ogunbajo Wahab received the result of a person called Atoyebi Dorcas. He tried again and again, he received different personal results everytime he tried. 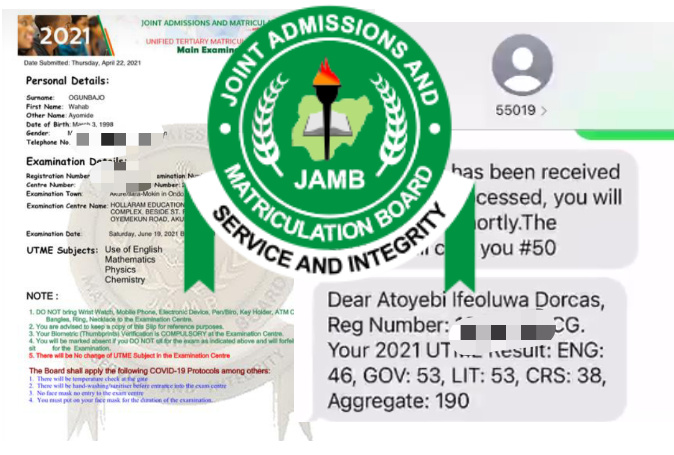 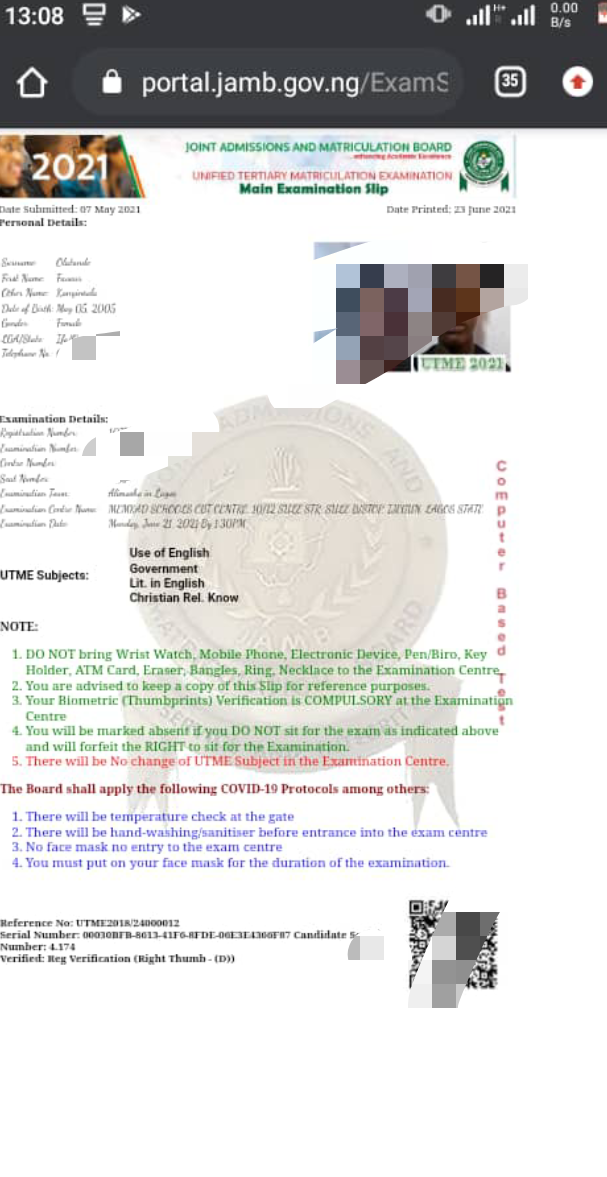 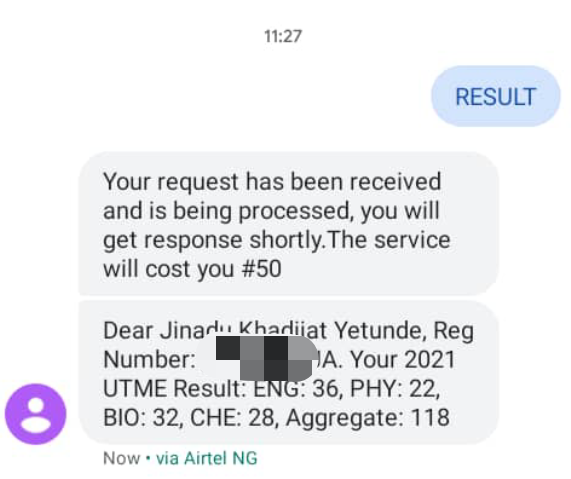 The only advice Edustuff can give the affected candidates is to exercise patience, due to many publications about this which includes this article, we believe the attention of the Board has been drawn to this issue.

Hopefully, the board will soon activate the JAMB result checking portal for candidates to access their JAMB results online.