UNILORIN became the most picked Institution by UTME candidates Again 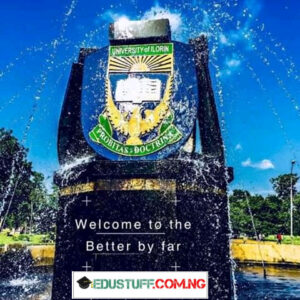 In statement signed by the university’s Director of Media and Publicity, Mr. Kunle Akogun, said for the seventh year running, the University of Ilorin had maintained its position as Nigeria’s university of first choice.
“With not less than 103,582 applications representing 5.31 per cent of all applications into higher education for 2020, UNILORIN has maintained being the most chosen tertiary institution in Nigeria.”
“95.13 per cent of applicants chose universities and degree awarding institutions above other tertiary institutions. Those interested in obtaining the National Diploma offered in monotechnics and polytechnics are next with 2.99 per cent.
“Nigeria Certificate in Education awarding institutions follow with 1.86 per cent and National Innovation Diploma institutions had 0.02 of first choice applications,” the statement said
UNILORIN was followed by Ahmadu Bello University, Zaria, which came second for the fourth year and received 82,984 applications or 4.26 per cent of all applications.
Click here to join our WhatsApp TV for more updates
Don’t hesitate to like, share this article using any of the Social media share buttons and drop a comment in the section below.
Tweet
Share
Share
Pin
0 Shares