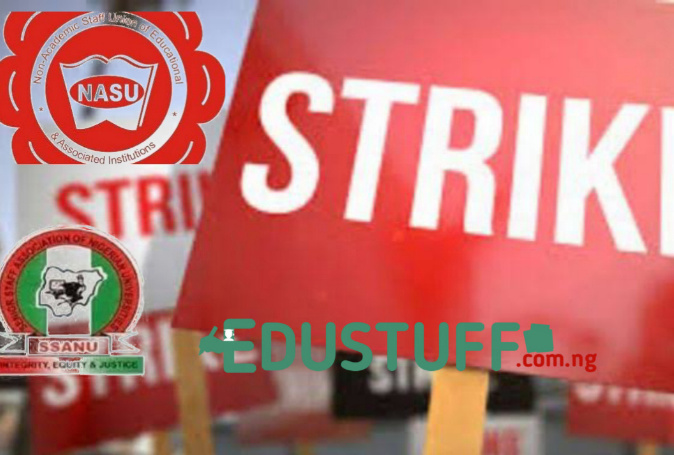 Four Tertiary Institutions in Oyo State has been directed to embark on an indefinite strike, this is coming almost a week after members of the Senior Staff Association of Nigerian Universities (SSANU) and the Non-Academic Staff Union (NASU) called off its strike.

According to the information provided to Edustuff, the strike is due to what they termed a tyrannical operation of ‘Platinum Consultant’, a company employed by the state government to oversee the finances of the institutions.

Workers in the institutions had accused the consulting company of collecting N500 levy on each student while staff members are not allowed access to schools account without the consent of the consultant, which they claimed violates the autonomy of the institutions.

However, the unions had given the state government a three-day ultimatum, after an initial seven-day ultimatum for the reversal of the abnormal operations of the Consultants.

It was conclude at an emergency meeting held by the leadership of the Joint Action Committee of the Academic Staff Union of polytechnics in the state Tuesday, 2 March that the four Tertiary Institutions in Oyo State that is listed below should embark on indefinite strike.

The tertiary instituions are: