Home ASUU FG To Meet ASUU On Thursday as labour minister begs union against...
The Federal Government has summoned the leadership of Academic Staff Union of Universities (ASUU), to a meeting on Thursday over the strike action declared by the union. 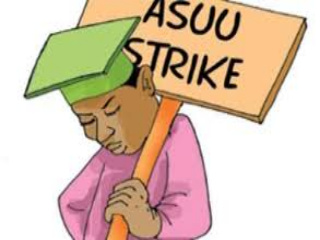 Meanwhile, a meeting is now scheduled for Thursday as the Minister of Labour and Employment, Sen. Chris Ngige appealed to the ASUU to reconsider its decision on the on-going strike in the interest of the nation.
A statement issued Tuesday night by the Special Adviser, Media the Minister, Nwachukwu Obidiwe said the union has already been invited.

Also invited to the meeting scheduled to hold at the Conference Room of the Hon. Minister of Labour and Employment are the officials of the Ministries of Education and Finance as well as that of the National University Commission (NUC).

You can get up to #150,000 on PalmPay app, all you need do is claim Edustuff cash reward and you can get yours too instantly, depending on number of task completed. Click HERE to register