A twitter user @Schqiamking has accused the school clinic  of the University of Ilorin (UNILORIN) for negligence which resulted in the death of his friend – believed to be a student of UNILORIN.

In a series of tweets he posted on the microblogging site, he said when his “dying” friend was rushed to the school clinic, the medical personnel at the clinic ignored the patient’s urgent need and started condemning one of those that rushed the victim to the clinic for putting on a “crazy jean”.

According to him, the victim was then rushed in an ambulance which lack basic first aid materials and before they arrived at the University of Ilorin Teaching Hospital where they were referred, the victim had died.

The victim was said to be in his final year. What a loss! 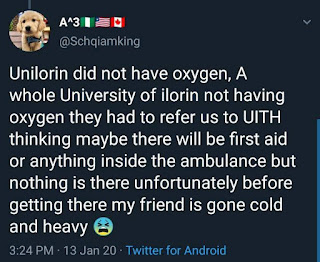 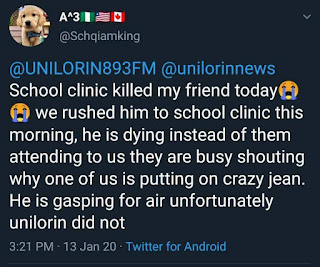 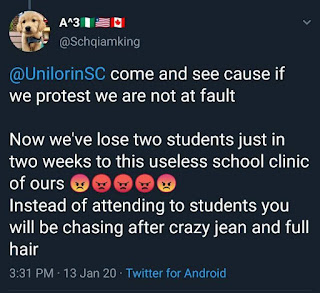 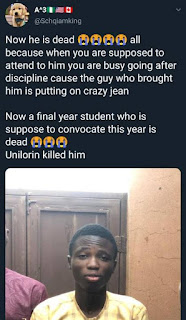